The Table Mountain Beauty lives up to its name—and can frequently be seen at Verloren Valei.

Some 90 butterfly species have been recorded at Verloren Valei, and one of the most striking must be the Table Mountain Beauty (Aeropetes tulbaghia). Indeed, few in the country match its vibrant colour, and luckily it is not particularly rare, so the chances of seeing it are high.

These butterflies have a distinctive powerful and direct flying pattern, and show up well against the green of spring/ summer grasslands of Verloren Valei. But beware of chasing them up and down the grasslands and rocky hillsides they like to frequent—a much more sensible approach would be to wait for them to stop and feed on flowers, which both sexes do regularly, or to seek shade in rock overhangs or embankments during the heat of the day.

Table Mountain Beauties have a preference for flowers with orange or red inflorescences, and are often found on the flowers of the genera Leonotis (wild dagga), Kniphofia (red-hot pokers), Watsonia, Crassula, Brunsvigia, Nerine and Disa. They have also been known to land on people wearing orange or red clothing.

The Table Mountain Beauty fulfils a key role in the floral kingdom as it is the sole known pollinator of a number of threatened fynbos plant species, including the red disa orchid (Disa uniflora) and Disa ferruginea.

While they are most common in the temperate grasslands of South Africa between September and June, with the largest numbers being present from December to March, they may be found virtually at sea-level on the Cape Peninsula. 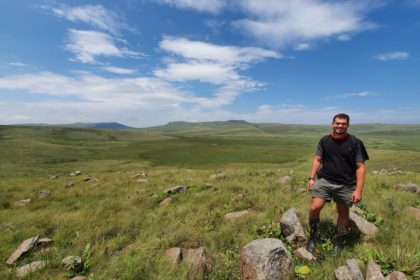 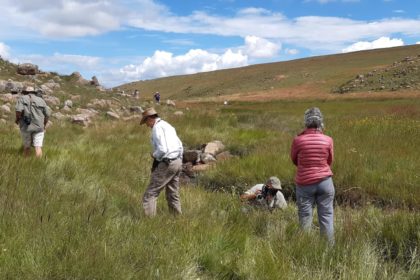 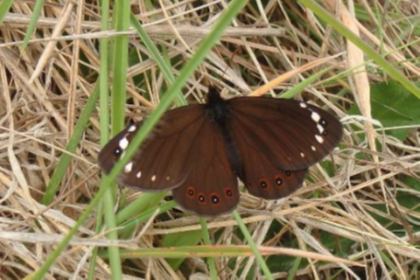