Friends of Verloren Valei
Home » » Butterflies » “You were in red”, “I was in blue”—“Ah, yes, I remember it well”
Butterflies

The Gaudy Commodore has two seasonal forms so distinct they look like members of separate species.

This butterfly exhibits extreme seasonal dimorphism, to such an extent that it was once thought to be two different species. During the dry season, the Gaudy Commodore is blue, while the wet-season form is pinkish-red/ orange.

The pinkish red/ orange colour of the wet season form may have the benefit of mimicking the colour of the unpalatable Acraea butterflies, which birds and other predators generally avoid. It’s possible that that the dry-season blue form might absorb heat better. Read our article about the Garden Acraea.

The orange, wet-season forms, tend to be smaller and males often visit hilltops, as do males of the blue dry-season form during the spring months. The dry-season forms are often seen in large numbers in autumn, flying around (and roosting) in rocky outcrops: these are the places where they will hibernate in winter.

The effects of temperature on the early stages of the life cycle, and the resulting genetic variations in the adult butterflies, was studied by Len McLeod (Metamorphosis (18)(2), June 2007). Warm temperatures during the pupal phase result in form natalensis; cold temperatures tend to produce form sesamus and fluctuating temperatures may result in form transiens.

Steve Woodhall photographed a fine example of the transitional form in Durban in July 2019.

Precis were at one stage lumped with Junonia, but molecular studies have conclusively shown that, not only are they distinct genera, but that they are not even particularly closely related: the closest relatives to Precis are Hypolimnas (commonly known as eggflies or diadems).

Unlike Junonia, which can be found throughout the year, Precis diapause (or hibernate) as adults during the winter months, as their larval foodplants (various Plectranthus species) die back in this period. Overwintering adults (form sesamus) emerge from their shelters in spring to find mates and to lay eggs; the resulting second-brood emerge in summer as form natalensis; autumn / late summer emergences are of form sesamus; these adults do not mate or lay eggs until the following spring. 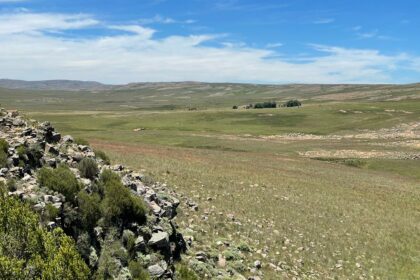 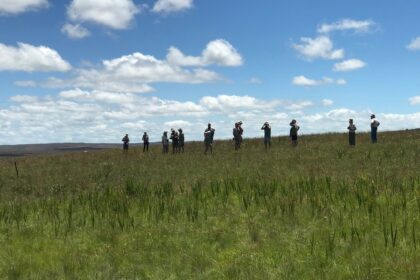 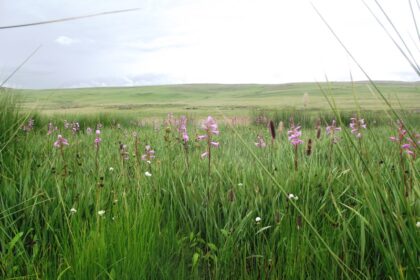