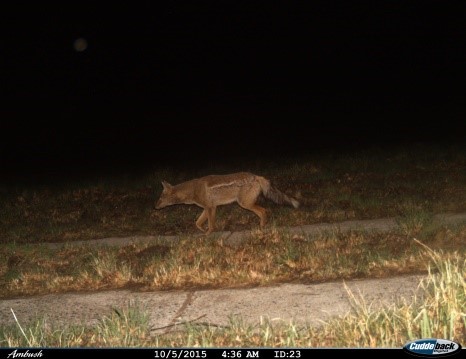 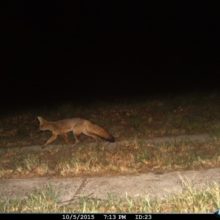 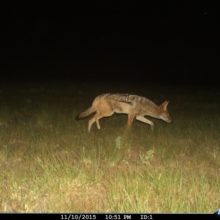 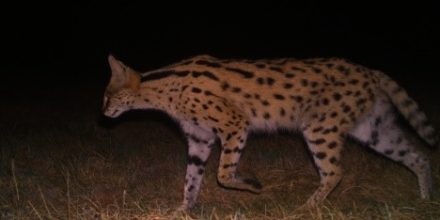 Verloren Valei is associated primarily with wild flowers and birds, but a new study broadens the picture to include a fascinating glimpse of the carnivores that use the reserve. More study is needed.

When people think of Verloren Valei, the first thing to spring to mind is its rich diversity of plant life, especially orchids, but also proteas, aloes, arums and, obviously, grasses. But an ecosystem has many moving parts and, as a reserve, Verloren Valei needs to conserve all of them. A recent study by Dr Lourens Swanepoel, a senior lecturer in Zoology at the University of Venda, and Dr Wayne Matthews of WSM EcoServices, which is affiliated with the Wildlife Resources Association, begins to shed some light on the carnivores that also live in the reserve.

Dr Swanepoel explains that the initial focus of the study was the serval, an animal which is of concern to conservationists, but it was decided to expand the scope to cover all small carnivores. The study used camera traps set out in a grid formation across the reserve. Each grid of 1.2 km² covered approximately half the typical home range of a serval, which varies between 2 km² and 5 km ² .

The cameras were operational over a period of 49 days.

The results (see Table) showed that 10 carnivore species were captured by the camera traps, with the two best-represented being the Black-Backed Jackal and the serval. The Cape Fox and Side-Striped Jackal both fell into the medium-frequency category. The serval and the Side-Striped Jackal are both considered to be under threat so, on the face of it, it is good to see them present at Verloren Valei.

While casual visitors to Verloren Valei might be surprised to realise that so many carnivore species are present, Dr Swanepoel says they only represent approximately 40 percent of the list of possible predators. The reason might be that the cameras were not positioned optimally to capture images of these missing animals, or they might simply not be present.

In Dr Swanepoel’s view, these early results suggest that the ecosystem is not functioning properly. One point of concern is the high detection rate of only two carnivores (serval and Black-Backed Jackal), which are both opportunistic generalists, while specialists like Aardwolves were not detected. This suggests that something is limiting the specialist and other carnivores—this might be either an ecological process, or one induced by humans.

The importance of context

When assessing these results, and particularly the fact that some carnivores were not detected, one must bear in mind Verloren Valei’s size and shape, as well as the wider environmental context in which it is situated. Small reserves like Verloren Valei cannot exist independently of their surroundings, as large reserves (to a certain extent, at least) can. In addition, reserves are often situated on the least productive land, further limiting the biological diversity they can support. To be sure, Verloren Valei is rich in both floral and avian species, but its 6 000-odd hectares could only support a limited population of carnivores. Natural processes like genetic drift could make these relatively small carnivore populations more likely to become extinct, unless they are able to interact with populations on neighbouring land.

In short, Dr Swanepoel says, the next survey should be expanded to cover the adjoining farms in order to gain a sense of what carnivores they support, and thus of the viability of the populations on the reserve itself. Studies often show that, in fact, the diversity of mammalian species is often greater in the areas adjoining a small reserve—provided, of course, the local farmers buy into the concept.

A related finding was that while the cameras also recorded other wildlife (ungulates, other mammals and birds), there were also some notable absences. One he particularly highlights is the aardvark, which plays an important role in the ecosystem because its burrows provide breeding dens for other species, like Cape Foxes and hyaena, as well as birds, snakes and rodents. Aardvark also play a key role in regulating termite populations, and thus in protecting grasslands.

Dr Swanepoel stresses that this is just the first piece of what should become a much wider study. As always, funding is the sticking point, so raising the money needed to do a follow-up study of the reserve and its surroundings would be a worthwhile project, and would feed into the long-term planning for the reserve’s sustainability.

A second goal would be to build relationships with the surrounding landowners to create the kind of supportive context necessary for a small reserve to thrive, and to act as the catalyst for an environment that supports biological diversity across the entire Steenkampsberg region.

Two great initiatives for the Friends of Verloren Valei to take on?

Read the full scientific article by Dr Swanepoel, 2016 and the revised article 2018.

Other animals and birds of Verloren Valei 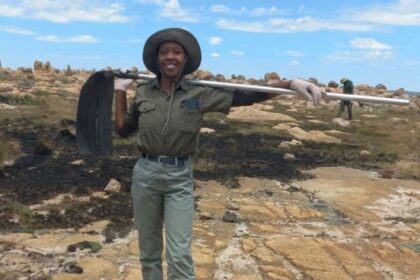 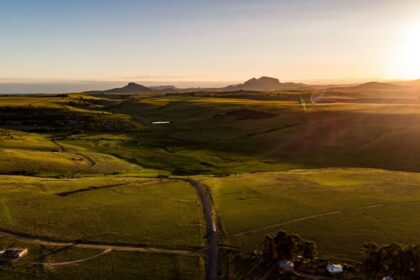